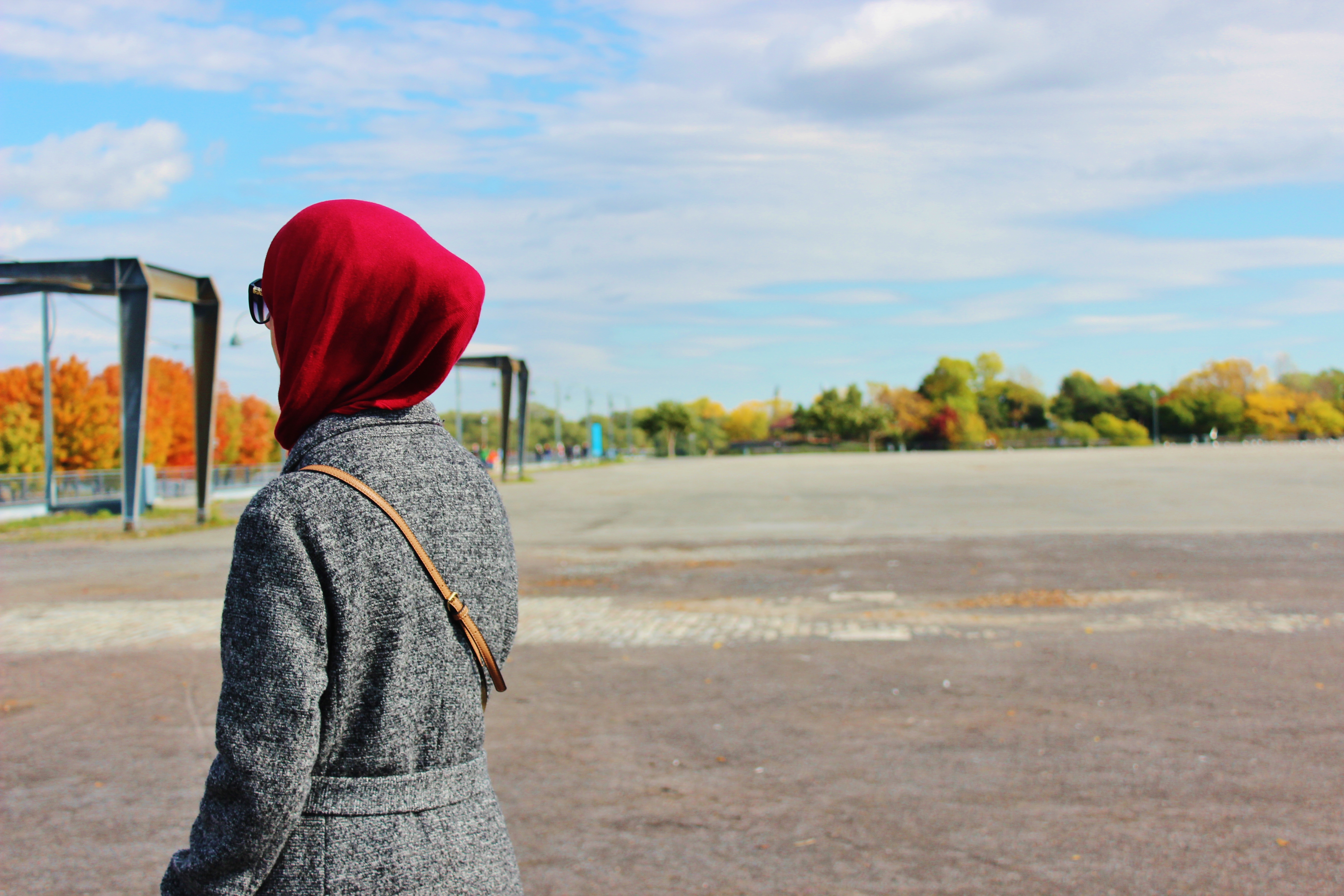 To all the women who are told

To be all that they can be, confident and bold

That nothing could and should ever contain them…

Except to realize, apparently, a piece of fabric can…

Resulting from a well-thought out decision to practice her faith,

Which Quebec is now telling her is a really bad career mistake.

So here the losers are again, in a different form, ever ready

To play out painful insecurities over identity crisis over my body

By telling me how to dress

Speaking about me rather than to me,

Then claiming to know where my interests lie – the irony

And it’s not like we don’t talk! But when we talk, they don’t listen

Convinced anything outside their own limited perspective is a prison

The need to control everyone else’s stride

Is a load of crap and hateful poison inside.

I’m done trying to explain myself to deaf ears.

But then because of Orientalist tendencies, accuse me of being subservient to them.

Whenever you think you “help” you just make things into a bloody mess.

I don’t have to explain myself.

I don’t need to justify where I am going

Because frankly, contrary to what self-entitled and privileged minds think…

I owe you, nothing.

I don’t owe you a glimpse of my hair,

I don’t owe you a glimpse of my body,

I don’t even owe you a glimpse in my mind,

You owe me nothing, too…

Except the same kind of space and respect I already give you.

In the past, we’re talking decade-younger me

I was a patient person… still am, but not as naively

I’ve learned to now prioritize my generous patience depending on the condition.

Like, I now ask myself a pretty crucial question:

Is this person genuinely clueless, genuinely curious, or is he just being deliberately racist, sexist, Islamophobic, misogynist?

Because honestly, life is tiring enough without justifying my existence,

Over and over again – please spare me this bullshit.

To the young man on the bus

Who gave me a piece of his unasked-for opinionated mind,

After their virtual approval in comments I anxiously run behind,

Too terrified to acknowledge they themselves are not natives to this land, more irony…

I’m always this close to wanting to blurt:

Did you know that there are actually some things that also make me uncomfortable, too?

Instead of bottling up my insecurities and unleashing my wrath

On a group of supposedly “different” people…

I’ve simply learned to be accepting of harmless differences

Because you know what?

I know the world doesn’t revolve around me.

And it doesn’t revolve around those who with my spiritual outlook disagree. Sorry.

I do not have to explain myself to them.

It truly bombards me with waves of confusion

That what makes them squirm

Has the same importance to the point of banning it on the outside.

Are you kidding me?

My favorite expression is “leave it at the door”

Like removing a pair of shoes at the masjid,

Casually toss it on the floor,

I hate to inform them, that’s not how my faith works.

I do not have to explain myself.

Haters have a peculiar diet.

They love to feed on fear

They unite and bond closer over violent riots,

Excited for all but themselves to smear.

You do not have to explain yourself to them.

Just let me be. 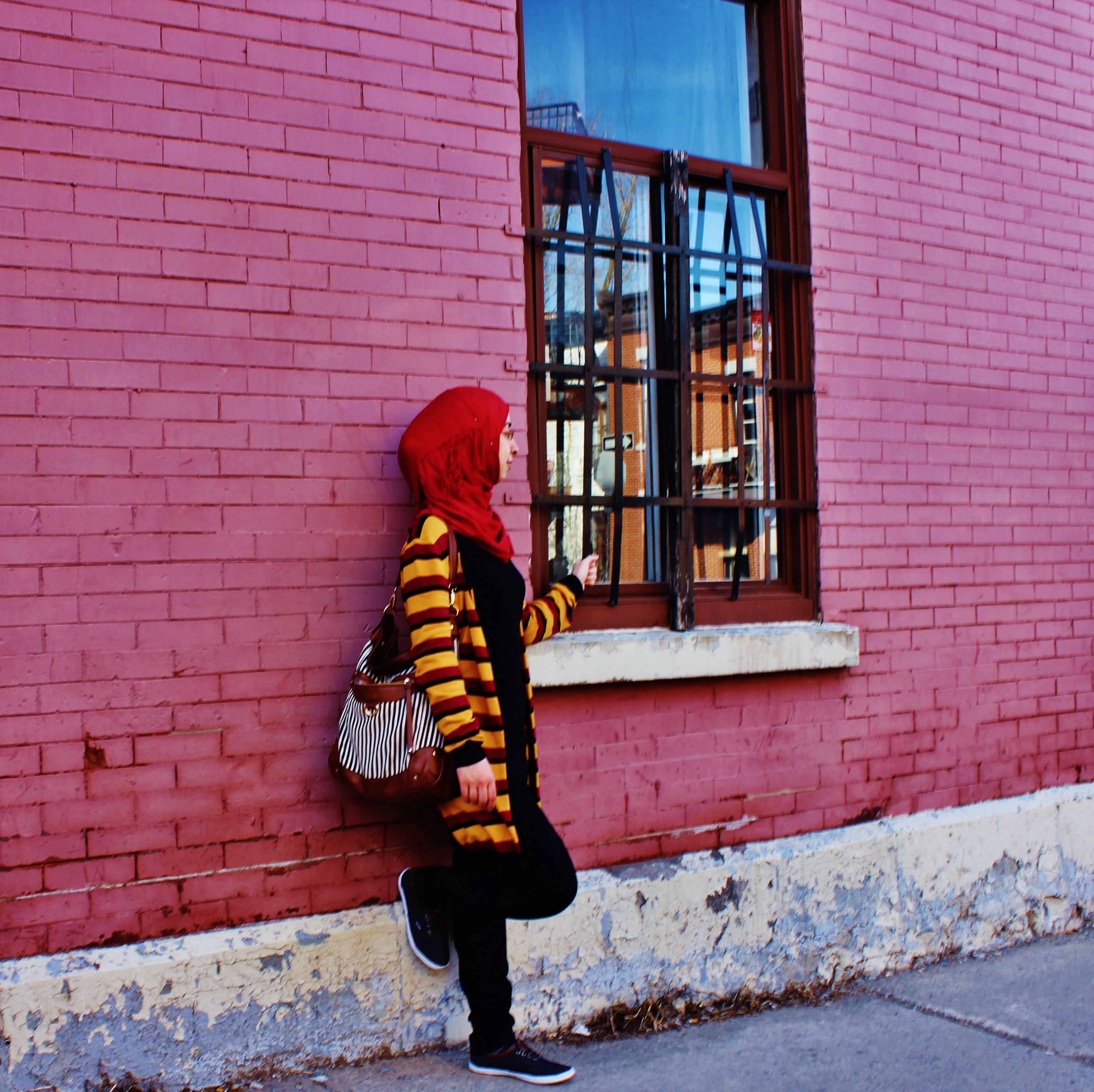