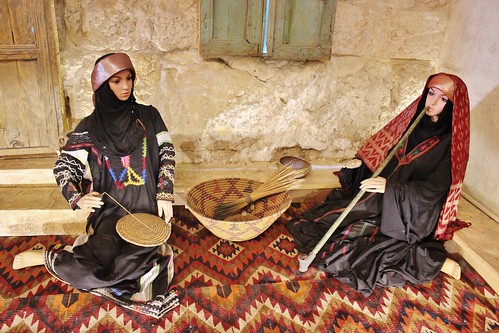 My experience as an Arab, and a hijab-donning Muslim woman tells me that not everyone really understands how multiculturalism works. Not everyone gets it.

From what I have seen, embracing multiculturalism is often celebrated with food and dance and clothing displays of the “other”. That’s a good place to start, sure… the eye craves visual flavours. What is agreed by all as important, is the differences in spices, famous dishes tastes, and traditional clothing styles.

These more important matters that concern a human being’s soul, their thoughts, their feelings – that is not touched. As long as the physical outer appearance is embraced, and what’s on top of their bodies is acknowledged, there is no need to delve deeper into the messy things that actually make us human.

Except, I think there is.

Giving the benefit of the doubt, I’ll say this: lots of people just aren’t aware that there are unaddressed issues because they don’t have to deal with them on a constant basis. I’m not writing this post to point fingers of blame at anyone – that’s not what I do. Much of what I say might equally apply to me; I’m just thinking out loud here. I’m hoping to shed some light on shadows the mainstream narrative prefers to keep hidden… because if revealed, it challenges the dominant narrative, the status quo.

“Multicultural tolerance and the settler narrative suggest that even though Canada is open to all comers, the recognition of difference is limited to that which does not threaten white settler domination.” ( Carol Schick, White Resentment in Settler Society)

So, as long as multiculturalism doesn’t threaten the benevolent, open, tolerant image of the multicultural country… it’s allowed. As soon as it starts to reveal cracks in the system, intolerant behaviour ensues. It’s slyly disguised as “we are so tolerant, why are these people being so ungrateful now!”

Perhaps an example would help make sense of what I’m writing; just look at Aboriginal people in the West.

Museum-worthy, eh… Yeah, this strikes a bell. Sure, do let us celebrate clothing, food and music. (No sarcasm, I mean it. Really, let’s!) But if it has to include listening to how racism still exists around us, and if it includes facing the impacts of colonialism that are ever still present…. why, it becomes too controversial for conversation. So controversial, in fact, to even include in educational curricula. While the winds are slowly changing on that front, there is a tremendously long way to go.

Many people will justify their decisions to not take a stance in matters of colonialism or occupation, as “I am neutral.”

There is no such thing as a neutral stance in matters of oppression. When you’re silent about defending those stolen from, you are automatically validating the thief.

Hey. I get it. Talking about matters of diversity and lack-of, white privilege, sexism, racism, and other forms of discrimination… it’s not easy. It’s not always pleasant. I get that, okay? I’m a person of colour, a visible religious young woman, but that doesn’t mean that I am always in the mood to talk about how terribly insensitive people can be to one another.

But when the conversation is opened, it shouldn’t be shut down on grounds of “neutrality” or “well, I don’t see colour.” That’s a pathetic non-excuse to excuse yourself out of a potentially awkward conversation.

As a Palestinian, I have had to live with similar sensations my whole life. I have grown up in environments where my cultural food is celebrated, my Arabic music is enjoyed, our dancing is admired, our fashion is welcomed –  but our hearts, our minds, our experiences, are not worthy enough. 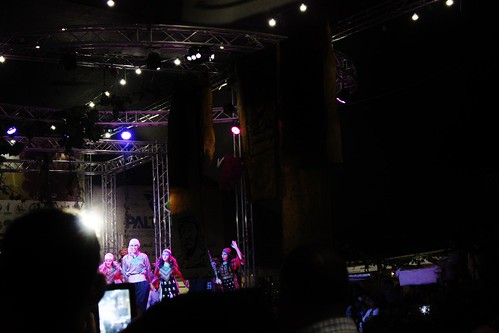 Our history is silenced. Our ghosts are in our heads. In the name of “neutrality”, I have been shunned instead, ignored, silently told “your suffering is not worthy.”

Of course this would be the message: in a land that has yet to fully reconcile with its Aboriginal peoples, who am I to expect that they’d care about the Indigenous peoples of another faraway land? This narrative only causes resentment.

“Anxiety and ambivalence rise in the conflicting desires to be the good, non-racist citizen/subject while maintaining one’s way of living as entitled and superior. The inability to resolve the contradictory and destabilizing stories that have to be told – about racial stereotypes and putative white innocence– are also grist for resentment.”

If you feel like you have to prove your self-worth to someone, then know their company is not worth yours. It shouldn’t be your burden to carry the guilt off of guilty shoulders – even if they don’t know what they are guilty of. Instead, be patient and kind with them until they realise the invisible weight they’re carrying. Whatever you do… don’t haul it onto your shoulders instead. Your mental comfort matters, too.

There are so many people and initiatives out there sincerely trying to make the world a better place for all. When I meet these people I am overwhelmed with gratitude to find such goodness. I just pray that more and more of us can fall into this wonderful group – myself included. It is not enough to be a person of colour to absolve blame of blameworthy traits like judgment, discrimination, other forms of privilege… I hold myself accountable just as much.

All praise to the One who puts sakeena and inner tranquillity in hearts. May He put it in yours, whoever you are that is reading this. 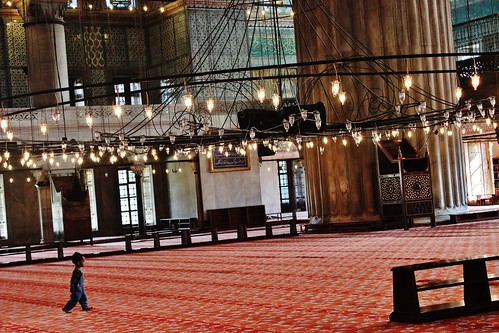 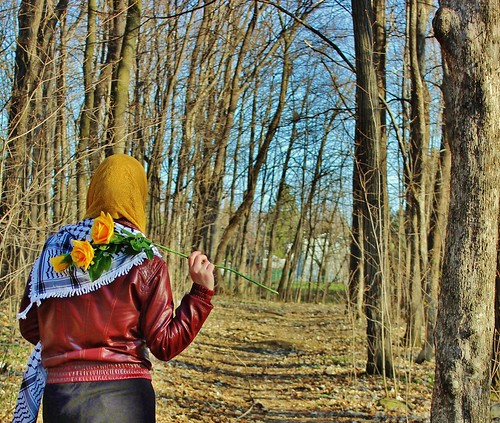 Once every while, in the midst of a conversation with someone newly met, I get a certain statement delivered my way. It is meant in the warmest of intentions, I know, but…

Here is that magical phrase:

“It’s really great that you are confident mingling in society and seem successful in your career, despite your hijab.”

Interestingly this is usually said to me by Muslims, who feel open enough to point it out, as opposed to others who’d rather prefer Islamophobia doesn’t exist. I appreciate the sentiment, and the instinctive side of me wants to automatically nod in agreement – I mean, what is so wrong about that sentence?… It’s true, is it not? I’m apparently confident in my skin, engaged with my community, and blessed to be employed in a great environment… DESPITE my many colourful hijabs.

So why does it instead strike me the wrong way? Why does this seemingly innocent observation irritate me deeply?

Today, while daydreaming about completely different stuff, I finally figured it out. Here is the reality of my situation:

I am content and doing well not despite my hijab… but because of it. And here’s why:

“Yet she belongs, finally and truly, only to God. The hijab is a symbol of freedom from the male regard, but also, in our time, of freedom from subjugation by the iron fist of materialism, deterministic science, and the death of meaning” (Abdal-Hakim Murad, Commentary on the Eleventh Contentions, 29).

“Hijab narrates self-efficacement for the sake of the Face of God. But it is not a cloak of invisibility, or Bilbo Baggins’ magic ring. The woman in hijab turns in, but stands out. (Commentary on the Eleventh Contentions, 82)”

“Hijab indicates freedom from the monoculture, but also freedom from the visual theft of her beauty. It is a denial of the Other’s right of appropriation. (Commentary on the Eleventh Contentions, 95)”.

Hijabs means various things to different people, and each woman will have her own story to say.

Let’s never make the mistake of assuming that all Muslims think, act and are motivated by the same motives.

As someone in a workshop said very eloquently:

All this not despite my hijab, but because of it.

That is my story.

“The healing heart is one that tries to connect more than perfect and make everything in our lives wonderful. It helps us sometimes to “just be” rather than always trying to “be happy.” (The Heart’s Code, Paul Pearsall) 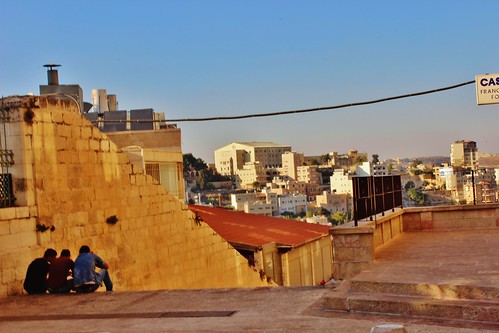 Some people listen to others in order to find connection. Some people, though, are in too much of a hurry for the other to have the right answer or solution up their sleeves already – and as a result, listen badly and ruin the experience.

When you’re getting to know another human being, you will not get far if you listen just to judge if she has the “right” or “wrong” answer. Nodding in acknowledgement is validating for the other to continue being honest, but tsk-tsking or shaking your head disappointingly creates unpleasant confusion.

Can you just listen? Listen not to judge, but to understand. This person has chosen you to confide in, not because you deserve the honour but because it’s a sacred privilege that someone has offered to trust their heart in your hands. Someone has offered to trust in you because they feel safe with you. Don’t ruin it all by making them feel inadequate and useless while you make your distasteful facial expressions at them.

Don’t immediately cringe when the other person’s answer is very different than your own. Your cringe, your withdrawal, shuts off the desire of the other person to be real and genuine with you. They may feel slightly unworthy of your time, your attention, and not reveal their wonderful hearts that everyone else is so fond of being connected with. And then you wonder why you’re not finding meaningful connection… Why you meet so many people you like but they shy away from you…

So ask yourself. When you actually are blessed to be in the company of another soul’s energy, do you try to be patient enough to understand it before comparing it with your own? Or do you make instant visible judgements which shut down the other person, making them appear uncertain and no longer confident you want to be spending time with them?

What is your intention when you listen? Are you a hasty listener, or do you listen with patient kindness? You see, when the other person sees how you respect their thoughts, they will undoubtedly want to seek your own opinion. And this is where, gently, you can explain where you see the flaws in the thinking and the issues in the superficial solutions they’ve come up for themselves. Your words will be embraced this way… because you listened first. Talked, after.

In a world of people hurriedly listening while preparing full speeches as responses, be that one person who listens truly to connect to another heart. And then your wisdom will pour worth.