Dear readers: if you are a woman, proceed to read as is. If you are a man, feel free to replace every term “woman” with “man” (and vice versa), “sisters” with “brothers”, and “she” with “he”… this post will still remain completely relevant and applicable. 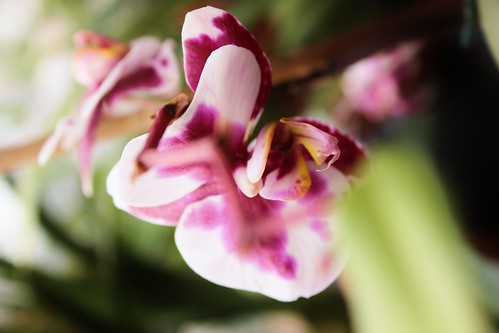 I do not know very much, but I do know this… A man may change for two reasons: for the woman, or because of her. There is a difference, if you’ll pause to think about it.

When he changes for her, it implies that had he not met her, the idea of personal change would not have occurred in the first place. It means that he thinks of reform to please her, because he knows that her acceptance of him is conditional on that missing character element. But this does not necessitate that he truly believes he should be this way in any case; it is with the intention of just to appease another. And sooner or later, he can – and often does – easily unravel to return home to his former self; his real self that never actually changed on the inside, which the outside had misled her to falsely assume.

Now when a man changes because of a woman… this is a man who has been electrically inspired, or positively influenced, by a woman as she is… and being who she is, her existence encourages him to strive for what he also believes he should be. His change is deep, real, and courageous, because he does it from an inner conviction and successfully conquers his inner demons that had prevented him from changing earlier. Yet with or without her, he would have sought it out anyways – this inner good that was hidden from the world – and meeting her simply acted as a catalyst for that change, and likely many more. As they grow together in age, so will they grow together in their emotional and spiritual growth, for they have a shared divine vision; a vision that she believes in, that he believes in. His change is more than trying to sweep a lady off her feet. It is firmly rooted in something genuine.

Story after novel after movie, we are shown how the “good” woman falls for the “bad” guy and yet luckily for her, he willingly changes to become the dashing man of her dreams. Rarely do we see the male character as delving back to his darker mood swings, his inconsiderate behaviors in the case of a dispute or typical argument; oh no! He is changed for good. (Thanks to the damsel’s graciously beautiful self, of course.)

Due to these constant messages we are bombarded with, young women, real women seeking real relationships, can be found trying to implement this “romantic” idea in their partners. Hence, a “good” girl will be attracted to a “bad” boy not because he is everything she’s not, but because she is everything he can be; because she hopes that he will change, for her. To her, this proves he is really in love with her, and once superficially changed on the outside to win her over, she is convinced he will ever remain the new and improved changed, good fellow.

Don’t let the media and music industry lull you into false security where there are clear red danger signs. Many a man full of unpleasant and terrible traits is still charmingly able to put on an act – the act of a better man, a gentleman – and charm you by saying that you changed him. This will make your heart melt a little, as he knows it will. But what you need to shed light on – did he change for you, or because of you?

For me, because of me… what’s the difference?

It’s great that you realize there is a difference to begin with. In summary:

If he changes because of you, then thank your merciful God that He has chosen you to be an illuminating light and source of beautiful ease for someone’s difficult dark path. If your heart was already in it, then don’t be afraid to go ahead and give this sincere gentleman with the right intentions the love and support only you can uniquely give.

But if he has merely changed for you, and not for himself… not for God… then be very, very cautious. He may revert to his old ways at any time, and extinguish your light as he shatters the lamp that was your heart in the confusing process. And then you’ll realize… I should’ve known. He only changed for me, not because of me.

So most of my posts emphasize the wisdom of the heart’s instinct, but where your heart’s security itself is at risk, you’ll need to trust that overly rational, analytical, slightly dry voice that lives in your mind more and more. If it makes it any easier, just remember:

The mind can know precisely what is the case, but the heart is usually a little behind. Be patient with yourself; eventually it’ll catch up.

2 comments on “Changing For You, Or Because of You?”