It’s often easy for us Muslims, particularly those of us born into Muslim families, to forget we are at risk of the same things the Quran warns the disbelievers or hypocrites of. Sometimes we use the label “Islam” as an antidote to all evil by even our own fathers- you know, inserting the word “Islam” before something to halal-ify it [i.e. such as speaking of an Islamic economy without first challenging the notion of capitalism.]

But isn’t doing what everyone else is doing, regardless if it’s good or bad, still almost the same thing? Isn’t neglecting to use your faculty of thinking, not pondering, not understanding, not being sincere, the same evil whether the act is good or bad?

If you’re just doing things “just because”, then you need to contemplate if maybe all you’re doing is taqlid… and maybe, who knows!- if you were in a different context, perhaps you may not have been a Muslim by name either.

Many of us are assured that since our fathers, alhamdulileh, didn’t worship idols, we are safe from ever being misguided. But the verse above does not only imply to the past: if you extract the morals from it, it can equally apply to the present. If you are not praying to a million fictional gods but you worship your lower nafs’ desires in any case, then know that you are still doing what humans have been doing forever, and you have not risen above that.

Again, if one was blessed with a wonderful upbringing by intellectual parents, yet does not use the act of thinking for themselves, then their good deeds will be labelled under the umbrella of taqlid and imitation. What good has that done?

God wants us to be people of understanding.  أفلا تعقلون؟

Benefit Even With Sin

How often do you hear someone ask a question with a certain answer already stapled in mind, but they merely want just one person to validate it for them?

If you think about it, you can justify up to a certain extent just about anything your nafs desires. Even wine and gambling has some benefit! But as God warns us, the sin is much greater than the benefit in these circumstances, as it is with many other cases. 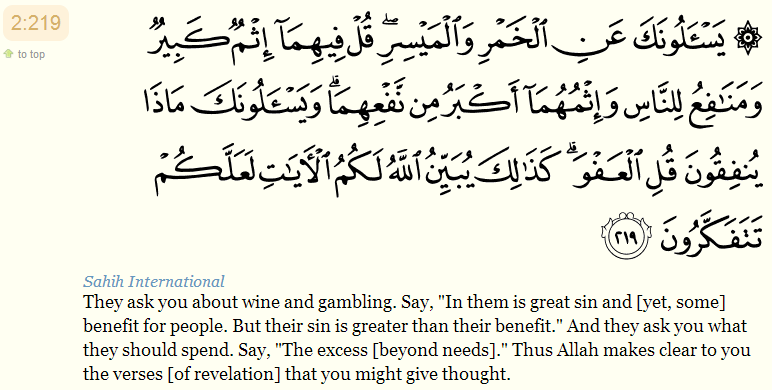 Although it may seem hard to believe living in the societies we live in today, in which the sinful has been mainstreamed while the beneficial has roughly been sidetracked- in general, the halal (permissible) is in so much more abundance than what God has made haram. If you just think about the food we’re allowed to eat, for example, the range of what is permissible is so much greater than what is forbidden. And there is always wisdom behind everything.

So why do some people simply insist on sinful things on account of their ‘benefit’ or by downplaying their harm?

If I had to reply to that, the first thought that pops to mind is the classic Arabic expression:

The equivalent English expression to that, I believe, is getting the forbidden fruit.

You Hurt Yourself Before You Hurt Others 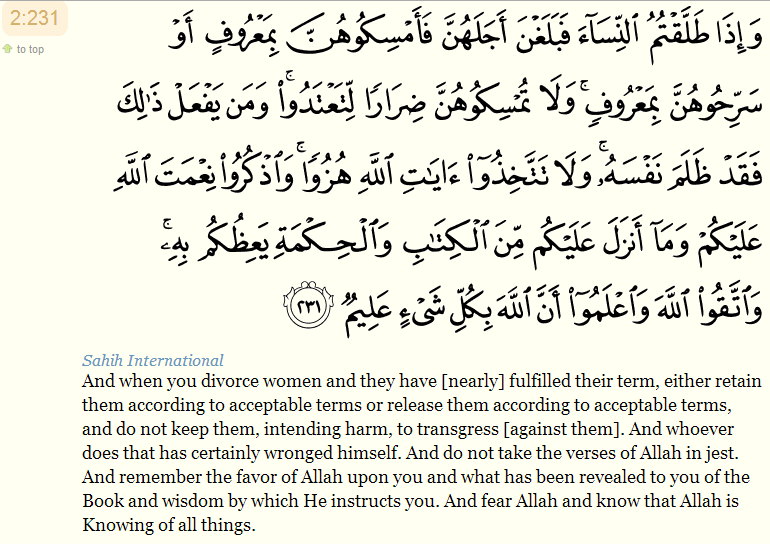 “…and do not keep them, intending harm, to transgress against them. And whoever does that has certainly wronged himself.”

There are sadly many people who can only feel good about themselves if they are certain those around them are feeling crappy. The misconception that it is a sign of confidence (as opposed to arrogance) to believe one is better than others because they have more, be it in wealth, power or social control.

For example: there are women who only feel they look glamorous if the girls around them are supposedly less beautiful (at least, according to ever evolving social norm standards). There are men who only feel like real men if they have control on everything- especially on other people, primarily women.

Simply, there are those who only feel whole if others are lacking. This is a great irony because it is out of the perfected faith of a Muslim that he should wish for others what he wishes for himself. Anything less than that is incompletion on his part, and what else could be worse than an unsound character in the long run? If not so in the short term, too.

God in His wisdom reminds us that oppressing others is first and foremost an oppression of the self. May God give us all the best of characters for the sake of humanity, starting with the sake of our own souls!

What does a human being need most in this world? I am not talking physical needs like water and food, I am speaking emotional ones: isn’t love the strongest need anyone can have?

Every time I am feeling down, especially in those inexplicable moments where the reason for being down is not a tangible reason, nothing comforts me more than knowing that He knows me better than I know myself.

This wonderful verse is called ayat al-kursi (The Throne Verse): 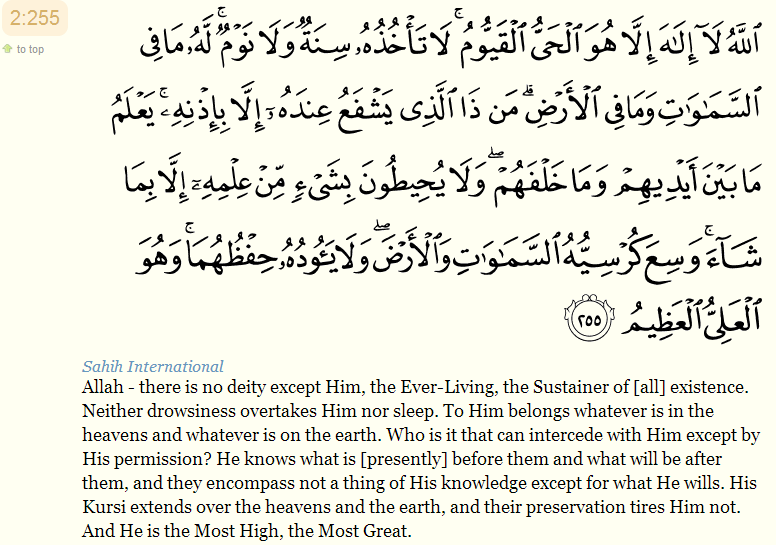 If that is not raw pure love at its ultimate, I do not know what is.

May God allow the Quran itself to be at the center of the throne of our hearts!

I will conclude with an interesting quote from a Salaf a friend recently shared with me:

Salamu alaikum/ peace be upon you,