Allah (God) has many names, only 99 of which are revealed to us. Although none of us will truly ever know Him as much as we wish to (or think we do), it is through His mercy, love and grace that we are able to appreciate, in whatever small capacity, His attributes.

But appreciation cannot come about without some deliberate contemplation. For example, you will not be grateful to someone who has done you kindness if you don’t pause for a moment and acknowledge that this person went out of his way to be kind to you– that it was not your ‘right’ to receive such acts in the first place. This is one of many reasons that endless problems happen in relationships of all sorts– there are way too many expectations of what is ‘rightfully’ due, but very little reciprocity or even minimum appreciation for the other.

Back to appreciating God’s attributes: they need to be reflected upon for one to even come close to ‘appreciating’ them, or we will simply take everything for granted until it is gone. (I put that word in quotes because I am pretty sure our impressions of so-called appreciation for His Greatness are seriously lacking in a whole lot of respects– time moves on and you always realize there is more and more to appreciate. One day inshaAllah… but until then, may He forgive us all for our short-sightedness.)

The whole purpose of my existence should be:

I want to know You, God; I want to know You to deepen my love for You and to take sweeter pleasure in worshiping You for no other reason than the fact you are You. But the big question is… who are You? Knowledge of You is an infinite ocean and I have absorbed but a fallen raindrop of it. I know You are my Lord, the All-Merciful, the All-Powerful, the Most-Generous… etc etc etc… But what does this all mean? Why have You revealed some of Your names, what benefit is there for us out of it?

I strongly believe that through contemplating and studying His attributes, one can better recognize deficiencies in one’s self and strive to be a better individual by implementing virtues he/she may not have realized the significance of. For example… one of His names is الحليم (The Forbearing). How would one implement this beautiful characteristic in his/her own life? The answer is not immediately apparent, it needs some thinking.

Al-Haleem is a whole other topic on its own, but right now, I will share some things I learned (so so little of it, but shareable none the less!) about the name Al-Hafeeth – The Preserver. The sources for what follows next is a mix of some Quranic verses that contain words from the root word حفظ, and an audio lecture by Sheikh Rateb el-Nabulsy from a website with his recordings on Allah’s other names (definitely worth checking out). The notes may be a bit chopped off and all, and it’ll randomly fluctuate from English to Arabic to English again because I was getting too sleepy to translate everything– just bear with me, please. 🙂

What does this name basically mean? The Arabic language is a rich treasure I have yet to really dig deep into, but scratching a bit on the surface from a mo3jam, I thought this was a good start to understanding:

Al-Hafeeth (The Preserver) here is often linked with Al-Raqeeb (The Watchful One).

According to dictionary.com, ‘preserve’ means to

Doesn’t the above descriptions alone already give you a sense of relief inside? Knowing you have the One Being that is keeping you alive and lasting, making sure you are safe, to protect you and spare you the wretchedness of evils… He must indeed be a Watchful One, who never sleeps or forgets to keep your heart beating relentlessly, even when you forget your own existence in your sleep… 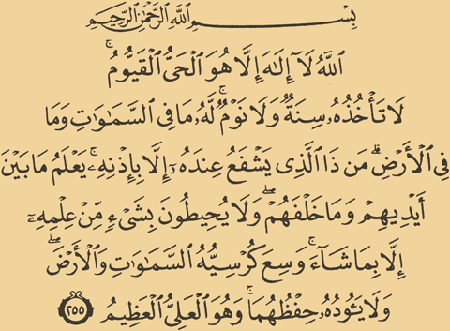 Such a powerful verse, I don’t think the full impact of it has really hit me yet… ~

So what else does God preserve besides the heavens and the earth (as if anything more needs to be said or questioned!) You know… {brief rant coming up} It continues to boggle my mind that there are those who refuse in the existence of a Greater Being. Yet they will not deny that the heavens and the earth exist, but they will (basically, it comes down to) deny that there is some One who is preserving them to exist in the first place. {rant over} Glory be to God … سبحان الله

This list is not exhaustive at all. It is amazing that this characteristic, this one word, has been popping up time and time again both in writing and speech, yet I never really pondered on it. Now that I am, it seems to be everywhere! The times I use the word حفظ has usually been in relation to memorizing something… like a hafeeth of the Quran, for example.

Speaking of memorization– a strong memory is one of the most greatest of blessings (الذاكرة القوية هي من أعظم النعمة). There is a difference between a strong memory and a clever mind (ذكاء والذاكرة شيءٌ مختلفاً). But it intrigues me how very often it’s treated as the same thing… if one has both a clever mind and a strong memory, he will indeed have the best of both worlds. Imam al-Ghazali, for example, a wise and clever man, reportedly wrote his entire book الأحياء out of pure memory. (MashaAllah)

Additionally, we know that the Prophet Muhammad (صلى الله عليه وسلم) would memorize each ayah as soon as it was revealed to him.

In general, people tend to memorize that which is personally meaningful to them. You may find someone whose last concern is seeking knowledge, remembering family birthdays, cannot focus on academics no matter what– yet he is completely up to date with hot gossip, celebrity scandals and knows the lyrics to every popular (however horribly sung) song.

I must admit, this correlation, if it is indeed a fact (and I have reason to believe it is)… makes me feel terrible. There is a lot of stuff I should be memorizing, or at least keep memorized, if I consider it so important… Allah, I seek Your help in using whatever cleverness I may possess to selectively memorize, and retain that memory, of that which pleases You… إياك نعبد وإياك نستعين

A nice cute tip Sh. Rateb el Nabulsy gave, that I will be taking to heart no matter what gathering I am sitting in: always have a small notebook and pen with you. Always. اكتب أجمل ما قرأت، واحفظ أجمل ما كتبت

Now you might know God is The Preserver and you might believe it in your mind– but until it has settled deeply into your heart, the knowledge will not benefit you when you most need it. Prophet Yaqoub, for example, definitely understood the significance of Allah being الحفيظ. When his sons asked to bring his other son to the market on (unknown then) Prophet Yusuf’s order, he replied with “Should I entrust you with him except [under coercion] as I entrusted you with his brother before? But Allah is the best Guardian, and He is the most Merciful of the merciful.” (Qur’an 12:64)

With such high trust in Allah’s power, does this mean that one can become lazy and await the pleasures of this world and the next to easily come to his feet? Most definitely NOT; this would be doing the exact opposite of the inspiration for this blog post– reflecting on His attributes. In neglecting to reflect, one ceases to appreciate, and hence becomes arrogant with the haughty assumption that good things are rightfully owed to him, as opposed to him taking the means in good cheer and with God’s pleasure as his purpose.

I have a slight tendency to go off topic when I get excited, and I hope that’s not the case here. In case it is, though, maybe I should wrap up (this blog post is longer than I anticipated, woops) and pose one final question:

How can one implement the characteristic of  حفظ in one’s daily life?

Going back to your own heartbeat while you are alive; let us unnecessarily point out that at this moment, as you read this, your heart is beating. It is taking absolutely no effort on your part. God is preserving that.

Additionally, He is consistent in preserving your sanity, your health, your mind– all these things you have no control over.

God is consistent in protecting you, with no pauses or breaks or forgetfulness. We should do the same in good deeds: better a page of Quran everyday than 200 pages the night of (the assumed) laylat al-Qadr. Better smile in the face of your parents several times a day and tell them how much they mean to you, every day, than show them your pearly whites and express your love on Mother’s Day or Father’s Day.

As the hadith goes, God loves the deed which is done regularly, even if small:

The day after I listened to the Al-Hafeeth lecture, I went on the bus, pulled out my Qur’an, and flipped to a random page. I ended up on surat al-Mu’minoon (chapter 23), and the first 10 verses gave me chills as God was describing the attributes of the successful believers. All these attributes had a certain connection to preserving something, and I will briefly list them in order here:

All of the above points can each be elaborated on extensively. However, what caught my eye immediately was the way this section describing the successful believer begins and ends with… prayer.

Perhaps for many of us, we can let out a relieved sigh and say, Well, I got 2/6 from that list! But do you really? (Question directed to myself first and foremost)

I mean, you might be praying five prayers everyday, but are you just rushing through them or are you carefully (#6) in the moment of every letter you utter? Do you pray in a half-state of mind or are you fully submissive and humble to your Lord (#1)? These questions’ importance can never be emphasized enough. Without prayer, and praying it right– I believe the characteristic of hifth will be lacking in our lives.

Mankind can be in either of two states in any day: either he will be in a state of abandonment from His Lord if he chooses to abandon Him, or he will be enjoying the protection of His Lord (and it is so sweet when one is actually aware of it).

May Allah make it easy for us to appreciate His attributes and instill in us the desire, will and capacity to recognize them in our lives and let that change us for the better… the better of ourselves, for the better of humanity, and for our very own salvation…

3 comments on “الحفيظ: The Preserver”